More than happy to include your GT351 event.. just let us know! 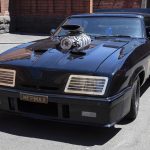 11 & 12 April 2019  Scienceworks  To mark the release of the iconic Mad Max film on the 12th of April, 1979, take a step back in time at Scienceworks for a special event to celebrate the 40th anniversary of the first movie in the Mad Max franchise. Due to popular demand, we will run […] 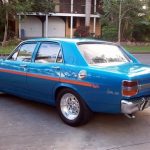 The skies were overcast when the white ZC of John P pulled into the driveway.   With clouds on the horizon and racing on at QLD raceway,we wondered how good the run would be? ut of character,we turned up on time at gailes in my new 351XYGS to see some old faces and new. Bob […]

Over the years, passionate GT351 fans have gathered with the amazing GT351 as its centre piece.. Here are two events  GT Bundy Run 2002 Rosevale GT run 2003 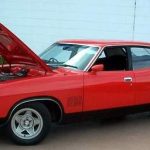 I arrived at Allan Powell Ford at 8am as the salesman were moving some cars out of the yard to make way for the Falcon GT’s. I had a chat to a couple of other members while we were waiting for the rest. Pretty soon Chris turned up and started to arrange where we would […] 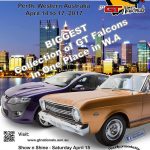 The 17th Falcon GT National Concourse officially starts on Good Friday with the Public getting an opportunity to look at many of the best Falcon GTs in the country this Saturday. Come along to the Robinson Pavilion, Claremont Showgrounds, Perth to see fine examples of Falcon GTs from around Australia.  150 plus Falcon GTs ranging from the 1967 […] 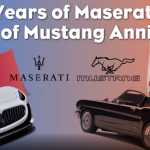 Ford’s iconic Mustang turns 50 this year and to mark that milestone, the big American coupe will be celebrated with a special display at the 2014 Motorclassica at Melbourne’s Royal Exhibition Building from 24 to 26 October. Mustang is Ford’s most famous nameplate and its introduction in 1964 is widely credited as the start of […] 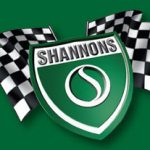 Sunday 1 September 2013 | Flemington Racecourse Shannons is sponsoring the Aussie Classic Car Show that caters for all Australian made collector vehicles. Open to all local models of GM, Ford and Chrysler and other marques and kit cars constructed in Australia You will see displays of Club Cars, Restored Vehicles, Modifieds, Customs & Commercials This […]

With Ford Australia set to close its doors in 2016, the … END_OF_DOCUMENT_TOKEN_TO_BE_REPLACED